The continent’s renewable capacity will grow quickly in the coming years, as the government pledges to reach net zero fall in line with their COP26 commitments. The transition to renewables offers unlimited possibilities for investment and growth for the continent, but global policy makers and investors will need to be realistic and practical about how to follow this path. 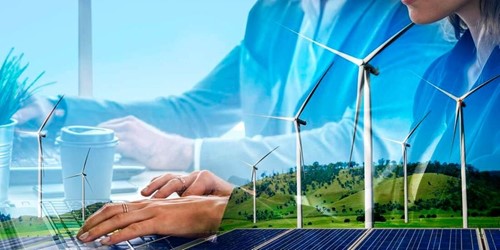 The continent and all its supporters face a twin reality: meeting both climate change commitments and the challenges of social and economic development. Achieving net zero cannot come at the expense of development. Low-income countries depend on their existing energy infrastructures for their economic and social development, and all rely on cheap energy.

The globally agreed United Nations Sustainable Development Goals set aspirations for economic growth, the development of health and education, and a changed approach to climate change and protection of the planet.

These still apply, if anything with increased force, as Africa’s development risks slipping. Achieving these goals will inevitably be delayed beyond 2030, but they must be hit. No development in low-income countries, especially in Africa, risks costly state failure.

Current trends reinforce the point that time is needed. Africa produces roughly 3 per cent of global emissions. Approximately 3 per cent of its power is provided by renewables. In 2050, one person in four on the planet will be an African and on current trends the growth in electrification in Africa will probably be outstripped by population growth.

The proportion of global emissions from Africa will rise, but if Africa’s rate of economic development is to accelerate, it will consume and emit much more, as the developed and emerging markets consume and emit proportionately less. Africa is thus uniquely affected by climate change without having caused it, but this is much more than a question of justice. It is a question of global strategy in the interest of all.

Even with efficiencies and technology in the renewable energy sectors, we cannot conceivably fill this gap for a number of years. It is therefore logical for high-income countries to incentivise the use of the cleanest versions of bulk fuel offerings in developing countries, notably natural gas, while, as they are doing, encouraging the move from coal, and the continuous introduction of renewables as fast as possible.

We need a realistic and agreed model for the energy transition globally and in Africa.  We all agree with the vision of a world powered by renewable energy, a clean and circular economy.  The politics of this issue in Africa and among Africa’s partners and donors needs to be focused urgently.

Each African country needs to identify their state and society interests and also their continental strategy. Tensions between producer and non-producer states, and the lack of intra-Africa trade need to be addressed rapidly by governments and continental institutions such as the African Union and the African Continental Free Trade Area.

Africa’s partners all need to address the reality of the needs of poorer countries. Stability and development in the continent is a global need.

The role of producers and business is also key. A well-organised transition is a major business opportunity, and investment by African producers an important part of this. It is equally important that African companies develop in renewables and that existing producers take part in the debate on the transition model and adapt their future activities to it.

The next two years will be critical. COP 27 will be in Africa, then COP 28 in the UAE, on its doorstep. For policymakers the time is ripe to put forward a coherent and ambitious case for a just and realistic transition.
Major energy events taking place in the build-up to both COPs, like the UAE’s ADIPEC, will be critical for the African energy sector to speak as one, and showcase new projects while attracting major levels of investment.

Investment and growth in Africa’s renewable energy system is happening, as the Infinity announcement shows, but the world cannot afford to be complacent. The continent cannot be left until last in the process of transition. Its development needs to be at the heart of global transition plans. Getting the transition in Africa right in political and business terms is essential, and climate goals, development reality, and business outcomes must be brought together in a new consensus.