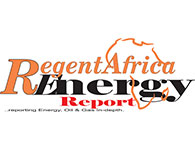 REGAFRIK Projects is the Publishers of RegentAfrica Times, RegentAfrica Online, and RegentAfrica Energy Report. We are news platforms that propagate Africa and disseminate its messages to the world. We focus on how to help strengthens democracy in Africa, advance the competitive edge of its economy, its well-being and the rights of the people in line with the values expected of a modern state.

We have a strong bias considerations for the African Energy potentials, both in the Hydro Carbon, Oil and Gas and Renewable explorations as one of the leeway to usher-in a new dawn for African continent out of its economic doldrums, hence the RegentAfrica Energy Report Magazine.

Back to Listing Page

Register your interest for media partnership