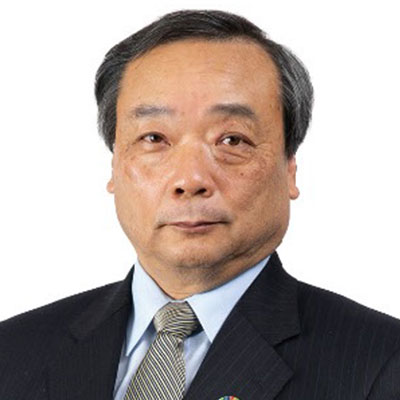 Takayuki Ueda is President & CEO of INPEX CORPORATION, Japan’s largest oil and gas exploration and production company. He has served in this capacity since 2018 and has more than 30 years of experience in the energy industry and international affairs.

Prior to joining INPEX in 2017, Mr. Ueda was a career bureaucrat at the Ministry of Economy, Trade and Industry (METI) of Japan, where he most recently held the posts of Director-General of the Agency for Natural Resources and Energy and Vice Minister for International Affairs. During his tenure of these positions, he took the lead on energy and trade negotiations with foreign governments.

In January 2021, Mr. Ueda announced INPEX’s strategy towards a “Net Zero Carbon Society by 2050” and has since led the company’s transformation and growth to deliver a competitive advantage in the energy transition. Under his leadership, INPEX has accelerated the decarbonization of its core upstream business operations while shaping itself as an innovative pioneer of energy transformation and reducing emissions through carbon capture and storage and projects centered on clean energy such as hydrogen and renewables.

Mr. Ueda is a graduate of the University of Tokyo’s Faculty of Law. He also holds a Master of Laws from Washington State University.