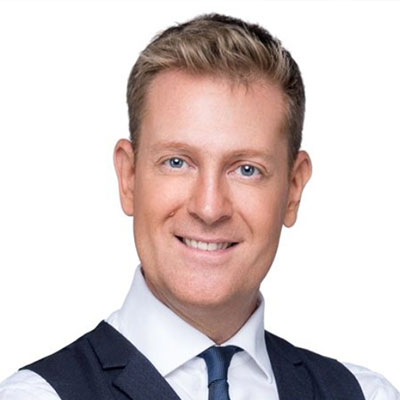 Richard Dean is a journalist, broadcaster, and public speaker. Based in Dubai, he presents the UAE’s leading current affairs radio show, The Business Breakfast, on Dubai Eye 103.8FM. Richard has spent more than two decades working as a financial journalist for The Economist, Reuters, The Financial Time, and Bloomberg.

When not covering successful companies, Richard is busy building one, as Director and Coowner of Roar, a Dubai-based interior design company run by his architect wife, Pallavi.

Richard’s first book, Sink or Swim, analysed the real estate crash that hit Dubai in the late 2000s. His second, Crowdpleaser: the 100 greatest public speaking tips of all time, was published in March 2019.