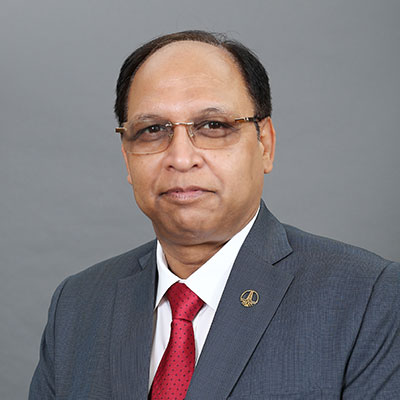 Mr. Rajesh Kumar Srivastava assumed the charges of Director (Exploration) of ONGC on 19th August, 2019 and the charge of Chairman and Managing Director (CMD) of Oil and Natural Gas Corporation Limited (ONGC) with effect from 1st September, 2022. He is an alumnus of Lucknow University where he acquired degree of Master of Science (Geology) followed by M. Tech degree in Engineering Geology from the prestigious Indian Institute of Technology, Kanpur. Pursuing continuous learning, Mr. Srivastava has successfully completed the FT Non-Executive Director Diploma Program in 2022.

Mr. Srivastava is a visionary Exploration leader and industry veteran bringing with him an extremely rich professional experience spanning almost near to four decades. He joined ONGC in 1984 as a Graduate Trainee and has over the years risen in the hierarchy of ONGC by serving in different capacities and key positions, including position of Chief of Exploration and Development Directorate.

Mr. Srivastava has made rich contributions in various professional forums and bodies. He has played a key role in discoveries of hydrocarbons and making field development plans for major oil & gas fields of ONGC including fields in Assam and Assam Arakan Basin, Mumbai High, Bassein & Neelam, besides others. He is recognised as one of the best hands in the industry in the trade of Reservoir Modelling for preparation of field development plans, simulation studies for production forecasts and techno-economic evaluation of prospects.

He has introduced the science of geo-cellular modelling in ONGC which is widely used across the organization. As an acknowledgement of his contributions he was awarded with ‘Geologist of the Year’ in 2002 and honoured with the prestigious ‘National Mineral Award’ in 2009. He played a key role in the formulation of ‘Hydrocarbon vision-2030 for North East India’ driven by Ministry of Petroleum and Natural Gas, government of India.

He is the driving force behind one of the Missions of ONGC: “Dedicated to excellence by leveraging competitive advantages in R&D and technology with involved people”.