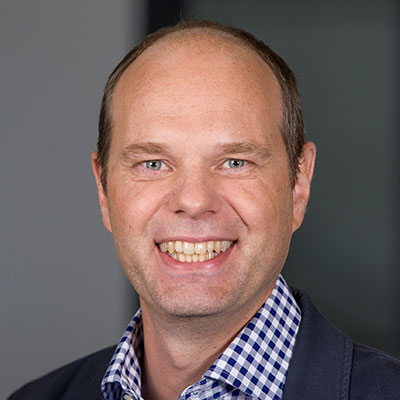 Paul Bogers was appointed as VP Hydrogen in July 2020 to look after all aspects of the hydrogen value chain. His immediate priority is to build a winning delivery vehicle for the Shell H2 strategy during the exciting nascent phase of the industry capitalising on the early mover advantage.

Prior to taking on this role, Paul served as VP Fuels Technology, looking after Shell’s differentiated fuel developments including V-power, Motorsport and, increasingly, e-mobility and gaseous fuels. Leading a talented team of scientists and engineers, Paul has temporarily retained overall responsibility for the Shell Technology Centre Hamburg and the technical relationship with Scuderia Ferrari.

Prior to taking on this role, Paul was GM Emerging Technologies based in Amsterdam, looking after key experimental programs aimed at Shell’s long-range strategic research and early-stage lead generation for Shell’s Chemicals business and instigated the early phases of mission-based Moonshot projects.

Previous assignments in Shell included a range of commercial, technical and strategy roles in Shell’s aviation business and overseeing differentiated fuels and lubricants product development in the UK and US leading to a world’s first commercial flights on GTL Jet fuel as well as spearheading marketing of Pennzoil Pureplus – the first Motoroil made from Natural Gas.

Before joining Shell, Paul briefly worked for a boutique strategy consultancy and started out his career as a jet engine designer at Rolls-Royce Plc.

Paul holds an MSc in Aerospace Engineering from Delft University of Technology in The Netherlands, and a post-graduate degree in fluid dynamics from the Von Karman Institute in Brussels and is proficient in 4 European languages.