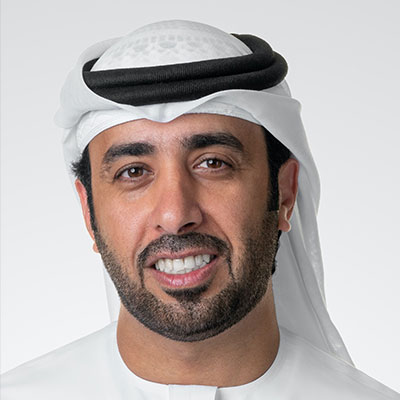 Mr. Hazeem Sultan Al Suwaidi is CEO of Borouge and has been leading the company’s growth and supporting the development of the UAE’s petrochemicals industry since 2020. He joined Borouge in 2002 and has over two decades of experience in the petrochemical industry.

Prior to that, Al Suwaidi was CEO of Fertil, where he spearheaded the development of ADNOC’s global and regional fertilizer business over a three-year period. Under his leadership, Fertil transformed into a high-performing, market-facing, people centered company, and an enabler of the growth of Abu Dhabi’s fertilizers industry.

He is a board member of the Gulf Petrochemicals and Chemicals Association (GPCA). Al Suwaidi graduated from California State University - San Bernardino, United States of America, with a Bachelor of Business Administration, majoring in Marketing.