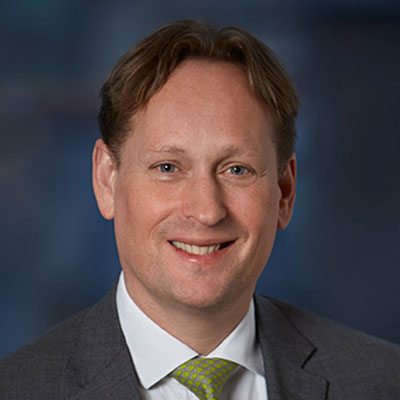 Eduard Ruijs, Managing Director, is a member of the BlackRock Global Infrastructure Funds team ("BGIF"), which currently manages over $13 billion in capital commitments across three vintages. BGIF invests globally in essential contracted infrastructure assets and businesses by capitalizing on the long-term trends of decarbonization, decentralization and digitalization. The BGIF team has created over 35 portfolio companies across the globe for the Funds and includes about 40 investment professionals who are located in Greenwich Connecticut, London, Houston and Singapore. The BGIF team joined BlackRock in 2017 from First Reserve, a private equity firm that was founded in 1983 and created the BGIF infrastructure platform in 2008. The BGIF team raised the first two vintages while at First Reserve.

His responsibilities include deal origination, structuring, execution, monitoring, and exit strategy. At BGIF Mr. Ruijs leads, or has led, investments in Renovalia Reserve, Dublin Waste to Energy, PetroFirst Infrastructure I, PetroFirst Infrastructure II, Kellas Midstream, ADNOC Oil Pipelines Company, GasLog, Aramco Gas Pipelines and Tata Power Renewables, and is a Director of Medgaz. Mr. Ruijs is the head of the London based BGIF team and oversees the investment activities in EMEA and APAC. He is also a member of the Investment Committee.

Mr. Ruijs earned a M. Juris in Law and Economics of Oxford University where he was a Chevening Scholar, an MSc (Drs) in Economics and MA (Mr.) in Law from the Vrije Universiteit in Amsterdam, a Bachelor in Business Administration of Nijenrode University in the Netherlands, and obtained an Executive MBA from Michigan Business School as well as graduated from Japan Prizewinners Programme at Leiden University in Tokyo.