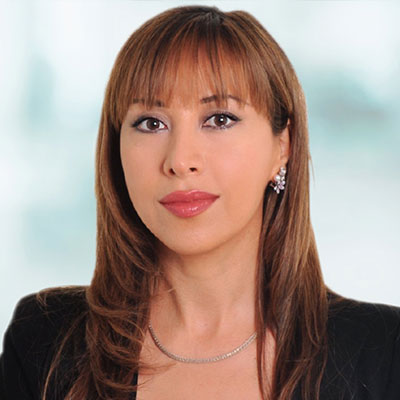 Dr Carole Nakhle is the founder and Chief Executive Officer of Crystol Energy, an advisory, research and training firm, which received several awards including Best Independent Energy Consultancy in the UK in 2018 and again in 2021.

Dr Nakhle is an internationally recognised authority on the interplay between economics, energy, governance and geopolitics. With a unique breadth of experience gained from working across a wide spectrum of stakeholders, Dr Nakhle worked with major energy companies (Eni and Statoil) at the executive level, governments and policy makers (including Special Parliamentary Advisor in the UK), international organisations (Commonwealth Secretariat, IMF, United Nations and World Bank), as well as academic institutions and specialized think tanks on a global scale. She sits on the Governing Board of the Natural Resource Governance Institute (NRGI) and is Lead Energy Expert with the Geopolitical Intelligence Services.

Dr Nakhle has lectured at leading academic institutions, including: the Blavatnik School of Government at Oxford University, University of Surrey in the UK, The Graduate Institute in Geneva, Saint Joseph University in Lebanon, The National Defense University in the USA and Nato Strategic Direction South Hub in Italy.

She has published extensively and is the author of two widely acclaimed books: Petroleum Taxation: Sharing the Wealth published in 2008 and re-printed in 2012 and used as primary reference in leading universities and industry training courses; and Out of the Energy Labyrinth (2007), co-authored with Lord David Howell, former Secretary of State for Energy in the UK.

An avid supporter of gender balance, in 2007, she founded the not-for-profit organisation ‘Access for Women in Energy’, with the aim of promoting the development of women in the energy sector. She has also supported the development of similar initiatives in Ghana, Tunisia and the UAE, where she sits on ADIPEC’s Advisory Board for Inclusion and Diversity.

In 2022, Dr Nakhle featured in the ‘Top 22 Outstanding Women CEOs of 2022’ published by the New York based The Women Leaders. A year earlier, she was selected ‘CEO of the Year’ in the UK, by CEO Monthly Magazine. In 2020, she was awarded the prestigious Fellowship of the Energy Institute and featured on the Energy Council’s list of Top Female Executives in the global energy industry. In 2017, she received the Honorary Professional Recognition Award from the Tunisian Minister of Energy, Mines & Renewable Energy.