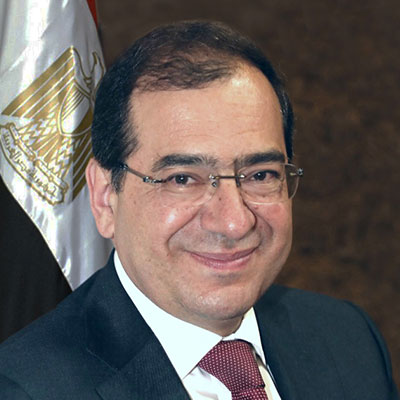 Minister of Petroleum and Mineral Resources

Received his B.S.C. in Mechanical Engineering Cairo University in 1986.

From 2008 till end of 2010, he moved to Chevron South Africa, held the position of Regional Manager in charge of South & Central Africa’s Commercial & Industrial Business.

In Jan. 2011, he joined Egyptian General Petroleum Corporation (  EGPC ) . During the period from ( 2011 – 2013 ) he held the positions of Deputy CEO for Foreign Trade, Deputy CEO for Internal Trade and Deputy CEO for Operations

On 19th Sept 2015, he was appointed as Minister of Petroleum and Minerals Resources.

On 10th May 2017, the French President awarded him the “ Ordre National de la Legion D’Honneur” at the rank of Knight

On 10th November 2020, the President of the Hellenic Republic awarded him the “ Grand Commander of the Order of Phoenix ”