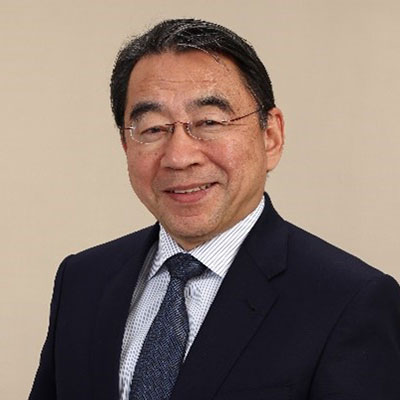 Tsuyoshi Nakai is presently CEO of Japan Cooperation Center Petroleum (JCCP) from July 2014 to promote the Human Resource Development and Technical cooperation among Japan and oil /gas producing countries. Also, Since 2015, he has been leading the Friendship Committee for Women Career Development of Japan and UAE to improve the gender gap of both countries, Saudi Arabia and Oman in the field of petroleum industry.

He Joined the Ministry of International Trade and Industry (MITI) in 1976. He directed policy making in various fields, such as industry, trade, energy, small enterprises and high technology. He was appointed Chief Representative for China, the New Energy and Industrial Technology Organization (NEDO) Beijing office (1995-1998) and Director General of Japan External Trade Organization (JETRO) Paris, for European and Maghreb affairs (2003-2008).

He graduated Keio University (Economics) in 1976 and studied at the Fletcher School of Law and Diplomacy in Boston (M.A.) in 1982. He was also a Visiting Professor for Management of INSEAD (France). He was awarded the French “L’ Ordre National du Merite”. In 2017, he received ABLF Award presented by H.H. Sheikh Nahayan Mabarak Al Nahayan, Minister of Culture and Knowledge Development, UAE. Also, he was a President of Tokyo Kiwanis Club (2020-2021) and the Director of Federation of Keio School's Alumni Associations.