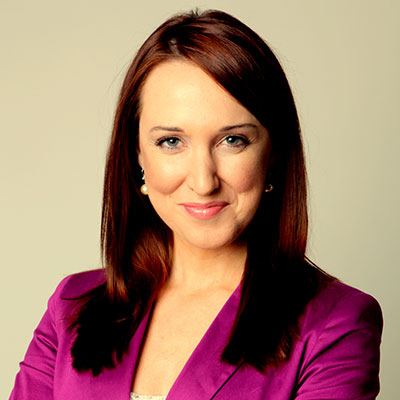 As a broadcast journalist with more than twenty years’ experience at leading U.S, Middle East and European TV networks, Rebecca McLaughlin-Eastham is a sought-after presenter, event host and media trainer.

Until 2021, Rebecca anchored Inspire Middle East, Euronews NBC’s weekly flagship TV show which takes global viewers on a voyage of discovery through the Middle East and North Africa’s commercial, creative and cultural landscapes. She also fronted Business Line for Euronews and covered the region as a live news correspondent.

During her thirteen years in the GCC, Rebecca also anchored the flagship current affairs and business programme for state broadcaster Dubai One TV, plus co-hosted radio shows on DubaiEye 103.8FM and Abu Dhabi’s Classic FM.

She has written extensively for leading publications, from Vogue Magazine and The National newspaper to the South China Morning Post and the Wall Street Journal. Rebecca is also an accomplished ghost writer, having co-authored a published novel for a UAE royal family member. Moreover, she has penned speeches for UAE ministers to deliver in prominent arenas.

Her moderating and emcee work from the past decade has included plenty of high-profile and exclusive appointments, from the World Economic Forum and World Government Summit, to FII Saudi Arabia, IKTVA (KSA) and Expo 2020 Dubai. She has also proudly chaired discussions at the Cannes Lions Festival of Creativity, Fashion Forward, the World Energy Government Series and the year-round calendar of events at the Dubai Chamber of Commerce.

Rebecca is a UAE-based, London-raised, Irish national. She loves her work and is passionate about giving back, acting as a mentor to aspiring media professionals and students in the Middle East. She has lectured in broadcast journalism at Murdoch University in Dubai and is herself a university graduate of the London School of Economics and Political Science.