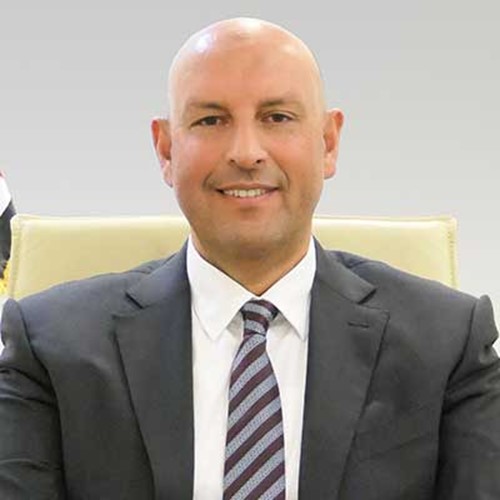 An experienced leader and professional, Eng. Yasser Zaghloul is the GCEO of National Marine Dredging Company (NMDC) and board director for the Abu Dhabi Chamber of Commerce & Industry.

With over two decades of proven expertise in the industry, he joined NMDC in 1998, with a goal to grow the company and enter new markets in the region and internationally. Led by his vision, guidance, and dedications, NMDC is now one of the leading companies across the region.

Prior to taking the leadership position at NMDC,2009, Eng. Yasser was the head of operations at NMDC from 2006-2009 and held many different managerial positions between 1998 – 2006. He also worked with the Suez Canal Authority Arabic Republic of Egypt for six years from 1992 – 1998.

Eng. Yasser has several additional leadership roles and advisory positions, including being a Member of the General Board of control of water, Member of the world Organization of Marine Construction and Dredging - Brussels/Belgium, and General supervisor and Sponsor for the World Conference of CEDA – Brussels/Abu Dhabi, which covers more than 60 countries worldwide

He is also a Member of the Committee on the preparation and qualification of national cadres of NMDC in cooperation with the Ministry of the Presidency, Abu Dhabi Tawteen Council, and the National Institute of Vocational Rehabilitation.

Eng. Yasser has won many awards including: Middle East Award for excellence for Best Chief Executives Director 2012 in the category of Engineering and Marine Business Building by the East Institute of Excellence; the Maritime Standard Award Personality of the Year 2016; Forbes Top Executive Management in the Arab World — 2012; and the Sheikh Khalifa Excellence Award (SKEA) Gold 2013.

Eng. Yasser has a master’s degree in Strategic Management from Cambridge College Global and a BSc Engineering from the University of Helwan, Egypt 1990, finishing top of his class. He was a researcher at the Higher Institute of Technology in Egypt in 1992.