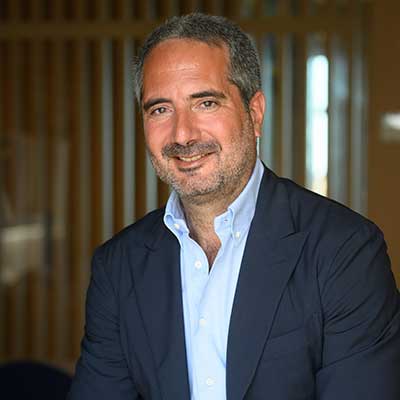 Born in 1972 in Rome, he graduated in Economics Studies from Luiss Guido Carli University in 1995, where he is now a member of the University’s Advisory Board and visiting professor in Management of Circular Economy within the Law, Digital, Innovation and Sustainability Department. Chartered accountant since 1995, in 2003 he attended the Executive Education Program in General Management at INSEAD, in Fontainebleau, Paris.

After having covered several executive positions both in consulting firms and in companies engaged in transportation and in telecommunication, he joined Maire Tecnimont Group in September 2010 as Chief Financial Officer of KT S.p.A., the Group’s licensor and process engineering contractor in oil&gas refining, taking up the position of Managing Director of the same Company in June 2011. In May 2012, he was appointed as Managing Director of Tecnimont S.p.A, Group’s large-scale EPC contractor in hydrocarbon processing, with a leading position in petrochemicals. In May 2012 he was also appointed as Chief Operating Officer of the holding Company Maire Tecnimont S.p.A., being nominated on the following October as member of the Board of Directors and becoming Chief Executive Officer of the whole Group one year later, in May 2013. From April 2019 he is also Managing Director of NextChem, the Group subsidiary operating in the field of Green Chemistry and in the energy transition supporting technologies and holds the role of Chairman of the Supervisory Board of Stamicarbon, licensing and IP excellency center of the Group, which is world leader in the technology for manufacturing of urea fertilizers.