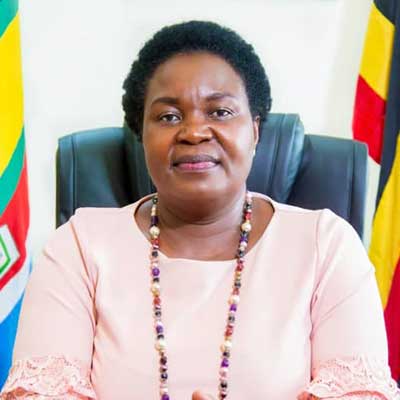 Honourable Ruth Nankabirwa has been sworn in as Uganda’s new Minister of Energy & Mineral Development.

Nankabirwa is the government’s former chief whip and a previous minister of defence. She replaces Mary Gorreti Kitutu, now Minister for Karamoja Affairs.

Reporting to her will be Sidronius Okasai, Minister of State for Energy & Minerals.

Nankabirwa, 55, is a Fine Arts graduate from Makere University and holds a Masters in Conflict Studies.

She became a member of parliament for Kiboga district in 1996, but lost her seat this year.

Between 1998 and 2001 she worked for the prime minister’s office, before being appointed Minister of Defence, a position she held until 2009, when she took on the government’s microfinance portfolio.

She was handed the fisheries portfolio in 2011 and appointed chief whip in 2015.

Nankabirwa is a stalwart supporter of Museveni and campaigned successfully to change Uganda’s constitution, which previously barred anyone above the age of 75 from running for president