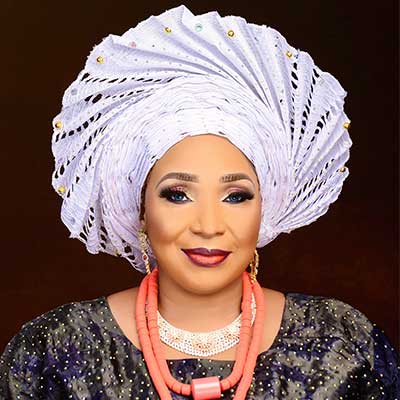 UN Ambassador of Peace and Culture, Founder and CEO

HRH Princess Dr. Moradeun Ogunlana is a visionary, entrepreneur, consultant, and humanitarian. As a recognized leader on women empowerment for Africa in the United States and around the world, the Princess is descended from one of the oldest and most distinguished Royal Family lines in Lagos, Nigeria.

As the Founder/CEO of the African Women’s Health Project International (AWHPI), she leads an international non-profit group that focuses on empowering women globally thru access to healthcare, economic empowerment, agriculture and trade associations, cultural developments, and partnerships.

In her capacity as the Chair of The Global Summit Group, Inc - United Nations Global Compact participating member, she works on economic equity issues affecting women through groundbreaking research and training programs.  Her commitment to women’s economic empowerment has extended to the global arena, where she has provided an ongoing empowerment forum through the Global Council of Women for Development.

Long known for her coalition work, Princess Ogunlana has served on numerous boards of directors and advisory boards of nonprofits such as the Fight Cancer Global, Global Women Influencers Leading Transformation (GWILT), The GUIDE UK/UAE, Universal Peace Federation, Sino-Africa Economic Development Forum, and host of others. She serves as the Vice President of the Houston Abu Dhabi Sister Cities Association, and hosts the annual Global Women Empowerment Summit at the United Nations on business, agricultural, education, health and economic development issues.

Princess Ogunlana’s commitment to promoting citizen diplomacy through culture, nationally and internationally, stems from her decade-long involvement with the Sister Cities International, both as a commissioner and a global citizen.

Princess Ogunlana is the author of the bestselling book: The Achiever’s Power - 50 Golden Nuggets to Becoming an Unstoppable Achiever. She is a graduate of the University of Arkansas system, with a background in journalism, public health and International Relations.  She has received numerous humanitarian awards, philanthropic commendations, and congressional citations, and most recently received the Governor’s Excellence Award from the state of Arkansas.

The Princess lives between Arkansas, Texas and Nigeria.