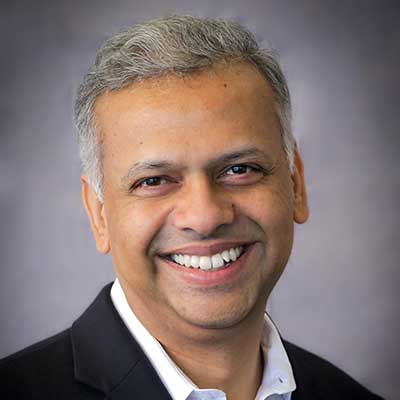 Girish K. Saligram is the President and Chief Executive Officer of Weatherford. He assumed this position in October 2020.

Before joining Weatherford, Girish served Exterran Corporation as Chief Operating Officer and previously as President, Global Services after joining the company in 2016. Prior to Exterran Corporation, he spent 20 years with GE in positions of increasing responsibility as a functional and business leader in industry sectors across the globe, including his last position as General Manager, Downstream Products & Services for GE Oil & Gas. Prior to that, Girish led the GE Oil & Gas Contractual Services business based in Florence, Italy. Before his eight years in the oil and gas sector, he spent 12 years with GE Healthcare in engineering, services, operations, and other commercial roles.