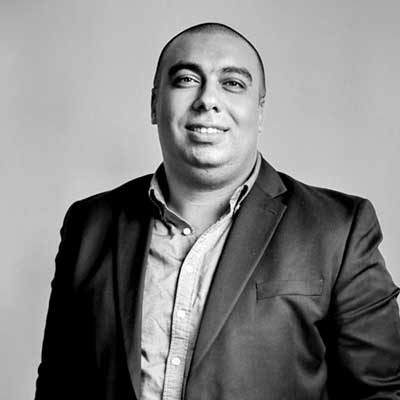 Head of Government Relations and Public Policy - Gulf and Levant

El-Dabaa was born in Jeddah, Saudi, and he was raised in Alexandria, Egypt since 1995, he was graduated in Alexandria University Faculty of Engineering - Mechanical Engineering in 2011, he was elected as the youngest University Students union president along with lots of other positions in Students unions, he was also elected as Egyptian Universities student’s union spokesman.

He worked as TA during his Mechanical Engineering M.Sc. studies, then he worked in several manufacturing plants before joining British Petroleum company (bp), he joined Procter and Gamble in Dec. 2013 as Middle East and Africa Manufacturing Supply Chain manager, then leading vendors relations and expectations for EMEA region (Europe, Middle east and Africa), then he led regional logistics purchasing role for Middle East and served as HR talent acquisition and universities partnership lead, then he relocated to Dubai, UAE to take over his current role as regional head for government relations and public policy in Gulf and Levant.

El-Dabaa also is the head of Access SMEs program, the first application of MoIAT SMEs Make it in the Emirates Lab that was just launched earlier in November.
Besides his professional profile, El-Dabaa had a voluntary role since his graduation in the society, he was the Public relations, strategic planning head and the spokesman for Egyptian Parliament majority party from 2015 till 2018.
Throughout his career, El-Dabaa received multiple awards locally, globally, and externally along with leading multiple industry projects, and his membership in multiple external councils.