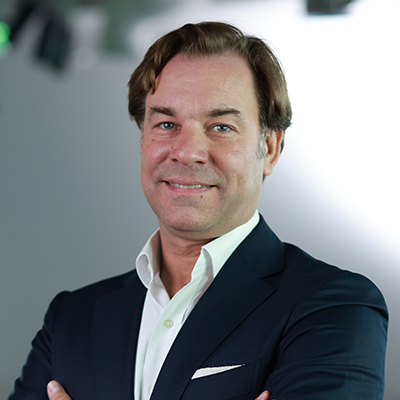 Siemens in the Middle East

After two decades at Siemens, with stints in the U.A.E., Libya, Germany and Pakistan, von Struve became the Chief Executive Officer of Siemens in the Middle East in May 2020. Prior to his current role, von Struve was the Managing Director of Siemens in Pakistan, a position he held since 2015.

As an engineer and business executive, he has been an advocate of implementing technologies in infrastructure and industries that improve our lives and protect our planet. These days his focus is on melding technologies – such as artificial intelligence, cybersecurity, additive manufacturing, 5G and the future of automation – into a cohesive bundle that will create immense value for customers.

Under his leadership, Siemens has delivered technology to one of the region’s iconic projects. As the Premier Partner for Infrastructure Digitalization at Expo 2020 Dubai, Siemens has co-created a blueprint for future smart cities by digitally connecting more than 130 buildings to help optimize efficiency, conserve water and energy, reduce emissions and enhance visitors’ comfort and safety.

Von Struve began his career in 1997 as a Process Engineer with Thyssen Krupp Uhde Germany. He earned a master’s degree in Mechanical Engineering from Technical University in Darmstadt, Germany. He is also a Certified Director at the Pakistan Institute of Corporate Governance.