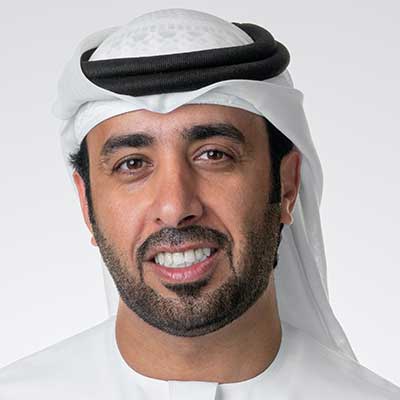 Based in the UAE, he is leading the company’s production activities, boosting its growth projects and contributing to developing the UAE’s petrochemicals industry. He is currently a Board member of Gulf Petrochemical and Chemicals Association (GPCA) and Chairman of its Plastics Committee.

Under his leadership at Fertil, Al Suwaidi led the establishment of the company’s PMO office ‘Full Potential Programme’ to drive cost optimisation initiatives in line with ADNOC’s key strategic pillars. He also sponsored the establishment of the company’s Youth Committee to empower and unlock the youth’s full potential capabilities, in addition to his role in enhancing women’s empowerment and employees’ happiness, wellbeing and engagement.

Before moving to Fertil in 2017, Al Suwaidi was Senior Vice President Regional MEAE at Borouge and a member of the Borouge Executive Team. Under this position, he significantly contributed to the growth of Borouge through leading the commercial activities for over 15 years, increasing the company’s outreach all over the world and enabling Borouge to break sales records.

Al Suwaidi holds a Bachelor’s degree with honours in Business Administration majoring in Marketing from the California State University of San Bernardino, USA.