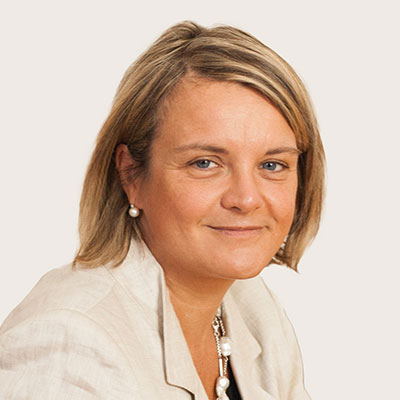 In 1997, she joined Agip S.p.A to work in the Reservoir Department as reservoir modeler and petroleum engineer and in 2000, she worked on Eni operated assets in Scotland (North Sea).

In 2004, after moving to the Engineering and Projects Department, she became the head of the Adriatic Off-shore Projects department, based in Ravenna District.

In 2006, she was back to work on in-field production monitoring and optimization as the Head of the Production Optimization Technology Department, which at that time, also included most of the Eni’s Laboratories in Bolgiano.

From 2007 to 2010, she worked for West Africa as Project and Development Director of Eni Congo, completing new and demanding project activities in the country (oil, gas and power).

In 2011, she further expanded her experience by diversifying in the procurement function where she became the Head of American Region then the Head of Procurement Services, as well as the Professional Family. During the same period she was Eni's representative for Commercial Committee in the South Stream Project.

In 2013, she was back to follow the development of upstream projects as the Vice President for West Africa Projects Monitoring and Technical Coordination and later in Eni Congo as Development Projects Director, where she also became the President of Enrico Mattei School in Pointe Noire.

In 2017, she was called to join the role of Head of the Italian Southern District until november 2019, when she was appointed as Senior Vice President Italian Activites Coordination.

Since April 2020, she is the President of Eniservizi, the President and CEO of SPI and the Eni representative in Assomineraria. Since 2014, she has been the member of boards of directors of several Eni subsidiaries in Italy and abroad.

She earned MS degree in Mining Engineering (100/100) from the University of Bologna; she also attended, in 1995, the Eni Master MEDEA (Master in Energy and Environmental Management) with Economics specilization.