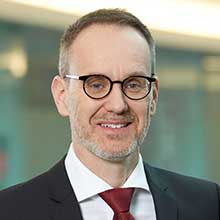 Peter Zeilinger holds a Master’s degree in Petroleum Engineering from the Technical University of Clausthal-Zellerfeld in Germany. In more than 27 years with the OMV Group he held various technical and managerial positions in Austria, Pakistan, Romania and New Zealand.

From 2011 to 2016 he led the Australasia Region of OMV in Wellington as Director for OMV Australia PTY and Managing Director for OMV New Zealand Ltd, at the time the largest crude oil producer in the country.

Peter Zeilinger spent more than 8 years with OMV Petrom in Romania, first being responsible for domestic on- and offshore oil and gas operations and from April 2016 until September 2020 as Executive Board member responsible for Upstream in Romania, the Black Sea region and Kazakhstan.

During his tenure as member of the Board in OMV Petrom, the Upstream division implemented a number of strategic changes, including regional growth in the Black Sea, divestments of marginal fields as well as modernisation and simplification of the production network. In 2020, he returned back to OMV in Vienna, where he took over the position of Senior Vice President Exploration, Production & Development.

Since March 2021, Peter Zeilinger has been appointed as the Senior Vice President for OMV’s Middle East & Africa Region, based in Abu Dhabi, UAE.