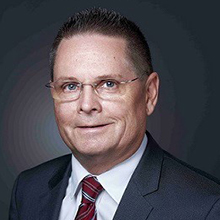 Norman (“Norm”) L. Gilsdorf is the Senior Vice President of Honeywell Global High Growth Regions. He is responsible for delivering industry specific solutions from Honeywell for a broad range of industries – from energy and aerospace to infrastructure and control technologies for buildings and industry, to performance materials, logistics, retail, cybersecurity, and software solutions for enterprise performance management. He is also responsible for leading key accounts for Honeywell, serving as a trusted advisor to some of the world’s most successful global companies.

Prior to his current role, Norm served as the President for Honeywell Middle East, Russia, Turkey, Central Asia and Customs Union and the President of Honeywell ASEAN (Association of Southeast Asian Nations). Before that, he served as global President for Honeywell Process Solutions, a pioneer in automation control, software solutions, instrumentation, and services for industrial process manufacturers. Before that, Norm served as Senior Vice President and General Manager for Process Licensing with Honeywell UOP, the leading international supplier and technology licensor for petroleum refining, gas processing, petrochemical production and manufacturing industries.

Norm began his career in 1977 as a pilot plant engineer with UOP, now fully owned by Honeywell, where he held positions of increasing responsibilities up to several senior executive roles. Throughout his tenure with Honeywell, Norm has played a critical role in leveraging new opportunities in emerging markets by rapidly establishing Honeywell as the company with the technologies and solutions that help industries overcome challenges, and succeed.

As a thought leader, Norm is a highly respected commentator and sought-after speaker. His areas of expertise include innovation that supports growth in a post-COVID environment, including those that enable the energy transition, sustainability, digital transformation, remote operations, and new revenue stream generation, as well as employee and customer health, safety, and wellbeing. Norm speaks frequently on how to leverage AI, machine learning and IOT 4.0 to drive improvements in safety, productivity, and efficiency of industrial enterprises.

Norm received a degree in Chemical Engineering from Purdue University, U.S.A., and was recognized in 2010 with both the Purdue Distinguished Alumni Award for Engineering, and Chemical Engineering. Norm holds patents in the field of oil refining by the U.S. Patents and Trademarks Office. In 2011, he was inducted into the Purdue Co-Op Hall of Fame. He also holds an MBA with highest honors in International Business and Finance from Northwestern University, U.S.A. In 2019, Norm was named “Innovator of the Year” at the Middle East Energy Awards. He has been consistently named by Forbes as one of the most influential executives in the Middle East region.