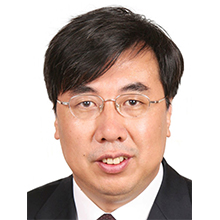 Mr. Jiang Mingjun holds an EMBA of Chinese Economy Research School from Peking University and acquired a Bachelor Degree in Petroleum university of China. He has over 30 years of working experience in Oil and Gas Industry.

Mr. Jiang became Manager of Procurement for CNPCI’s project from 1999 to August 2003 and Director of Administration Division & Director General from 2003 to May 2004.

In January 2006, he served as Director of New Business Development for Middle East Area for CNPC International. During his term, he is respectively as the principal negotiator participated in the negotiation on and successfully signed multiple contracts and hosted the preparation of bidding documents Projects.

He held concurrent roles as Senior VP CNPC Middle East from 2010 and Executive Director of CNPC International in Abu Dhabi from November 2018 respectively.