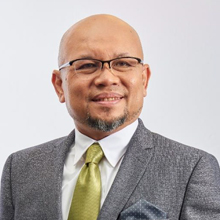 In 2017, he was appointed as Head Manufacturing at PETRONAS Chemicals Group Berhad (PCGB). Mahadzir played a pivotal role in steering the overall management of PCGB manufacturing assets. He forged collaborations with other businesses in PETRONAS through Additional Methanol Team and Additional Ethane Team to generate additional EBITDA for the group. He also led the New Plastic Economy initiative which placed PCGB as one of the founding members of Malaysia Plastic Pack initiated by Ministry of Energy, Science, Technology, Environment and Climate change and has been entrusted to lead the development of Circular Economy Roadmap to shape the future landscape of plastic industry in Malaysia through circular economy program. Effective May 2021, he assumed the position of Head, Group Technical Solutions, Project Delivery and Technology.

He currently serves as the Chairman of Malaysian Standards for Gas and Petroliam, a member of Malaysia's Engineering Technology Accreditation Council and a member of Engineering Leadership Council for International Association of Oil & Gas Producers (IOGP).